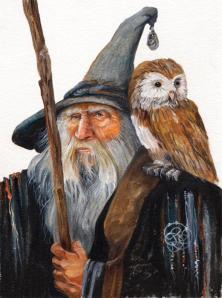 In his essay, The World’s Last Night, C.S Lewis makes an observation about prayer and how people try to explain it away or defend it. He reflects on a trip to his barber, where after deciding he would not go, changed his mind and went. Upon his entrance, the barber exclaimed, “I prayed that you would come today and here you are!” Lewis also mused on a woman who was dying from bone cancer. The cancer actually ate through her thighbone. A man came and prayed for her healing. A year later, she was walking through the countryside (uphill, too) – her bones fully restored.

Many proponents of modern science try to debunk the supernatural and any claims of the “causal” (not “casual”) effect of prayer. They look for rational elements that support arguments that explain such anomalies. But on the other side, some Christians, in the attempt to elevate the spiritual, overemphasize the effectiveness of our prayer efforts. We come up with formulas, models, and sure-fire ways that show that “prayer works.”

Lewis argues that neither is true. Prayer cannot be proven scientifically. Neither is there any special power in the ways we pray. He writes:

Now even if all the things that people prayed for happened, which they do not, this would not prove what Christians mean by the efficacy of prayer. For prayer is request. The essence of request, as distinct from compulsion, is that it may or may not be granted.

In my pursuit to be authentic in prayer, I find Lewis’ remarks refreshing and freeing. I don’t have to defend the practice to “rational” minds. And I don’t have to worry about whether I prayed the right way to in order to receive the right answer. Prayer, in particular “petitionary” or “intercessory” prayer, is simply making a request to God. Whether the prayer is answered is totally up to God; not the manner in which I pray. God is not obligated or compelled to answer my prayer (in the affirmative or the negative) because of my choice of words or on the basis of how I live my life.

Often people ask me to pray for them, as if a prayer from a “pastor” is more powerful or effective from anyone else. And sometimes I buy into that lie, thinking that my piety or theological understanding gives me some sort of “inside track” of unlocking the power of God.

What makes a prayer request powerful is the Person the prayer is addressed to, not the one requesting. And, then again, we come back to the fact that the answer to that request is totally at the discretion of the One to Whom the request is made.

There are “sidebars” to this discussion (such as the value of persistent prayer, the value of prayer models, or what it means to pray in the name of Jesus) which I might explore in subsequent blogs. However, I think that what speaks to me right now is the simple matter of making a prayer request a “prayerful request” – not an apologetic against science nor a magical demonstration of spiritual power.

The fact that God Almighty invites me to “ask” is mind-blowing enough.

2 thoughts on “Not Science, Not Magic, Just a Request”