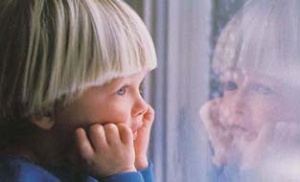 Jesus made a remarkable statement, one that stunned his disciples in Matt 18:3, when He said:

“Truly I tell you, unless you change and become like little children, you will not enter the Kingdom of heaven.”

You can picture their minds racing: What does that mean? How should we become like little children? And how does that relate with entrance to the Kingdom of heaven?

Two millennia later, we are still baffled by this statement and, by the way many live their lives, pretty much ignore it due to our lack of understanding.

Author George MacDonald, who greatly influenced Christian authors, C.S. Lewis and J.R.R. Tolkien, saw this concept of “becoming like a child” as central to the Christian faith. I want to draw from MacDonald’s helpful observation which categorizes the two types of attitudes children have:

Childlike are those attitudes and actions which exhibit positive and faith promoting behaviors. They include: innocence, trust, wonder, not over-analyzing, seeing things for what they are, approachability, believing and hoping for the best, not being influenced by the opinions of others, and the like (you might know of some other childlike qualities; please share them with us).

Sometimes we adults act too sophisticated or get too cynical or are too concerned with social protocol, that the things of God get blocked from our lives. We take ourselves too seriously and God not seriously enough. So when Jesus calls us to become like little children, I believe He is calling us to be “childlike” and to not let our adult tendencies block us from the simple aspects of faith and trust.

“Childish” is a description of the darker and more negative qualities of a child’s behavior. These include: demanding our own way, being spoiled, feeling entitled, thinking that the world revolves around us, having tantrums when we don’t get our own way, pouting, going sideways, taking unfavorable things personally, and the like. (Any other ways that describes “childish” to you?)

I think that too many of us never grow out of being childish. Obviously, we sophisticate it and put all kinds of adult window dressing around it (rhetoric, “spin,” secondary justifications) so that it sounds reasonable, but underneath it all is simply a spoiled brat trying to get his/her own way. Even though I am 55 years old, I still catch myself (way too often) responding to situations and people in a childish manner.

So Christ patiently calls us to maturity, to “grow up.” In becoming complete in Christ (Col 1:28), we are to die to childish ways and, as Paul says, we are to put “childish ways” behind us (1 Cor 13:11). Do not go sideways. Do not have tantrums. Do not insist on your own way. But at the same time, we are to nurture childlike qualities (faith, trust, dreams, hope) as we approach our Father. Even within that pursuit, Jesus invites us to approach God as “Abba” (aka “Daddy”).

Interestingly enough, the best way we can put off the “childish” and put on the “childlike” is through Whole Life Worship. As much as we’d like to believe we can stop being childish, if we’re honest we realize we can’t – at least, not in our own strength. That inner, selfish child is incredibly strong. The only power to overcome this comes from God, and it only comes as we offer our “childish” self to our Lord as a living sacrifice (Rom 12:1).

Likewise, the ability to recognize, relearn and embrace childlike qualities also comes as we offer ourselves to God as a living sacrifice. We’ve been “adulterated.” We’ve lost our innocence. We’re drowning in our sophistication. We’re addicted to our own abilities to achieve, build, and accomplish. It takes a total work of grace to “renew our minds” to believe like a child, to dream as a child, and to trust as a child. In order to become like a child, as Jesus stated, requires major transformation (enough to shrink our “camel-sized egos” to go through the Kingdom “eye of a needle sized” gate). Again, this is the process of Whole Life Worship (Rom 12:2).

So let’s throw off our childish, adulterated, cynical, spoiled, sophisticated ways. And as Jesus commanded and George MacDonald expounded, let us become maturely “child-like” through our Whole Life Worship of God. As we do, the Kingdom of God will magically open up before us, and we will see it as so much greater than the “Emerald City,” more amazing than “Willy Wonka’s Chocolate Factory,” and beyond the fantasy of any child’s most wonder-filled dream.

2 thoughts on “Childlike vs. Childish”